scenic design for Moorpark College's theatrical production of Kinky Boots - production photos, video of scenic transition, and a rough Vectorworks concept
massive production done with very little time... so there was never really an opportunity to do a finished design render, in addition, there were hardly any decent production photographs done of scenic elements... the transition video was added to show an example of how everything moved around... almost everything moved and had scenic elements for other locations on reverse sides, very little was only one thing... so what is here is minimal, despite the size and scope of this show - which is unfortunate 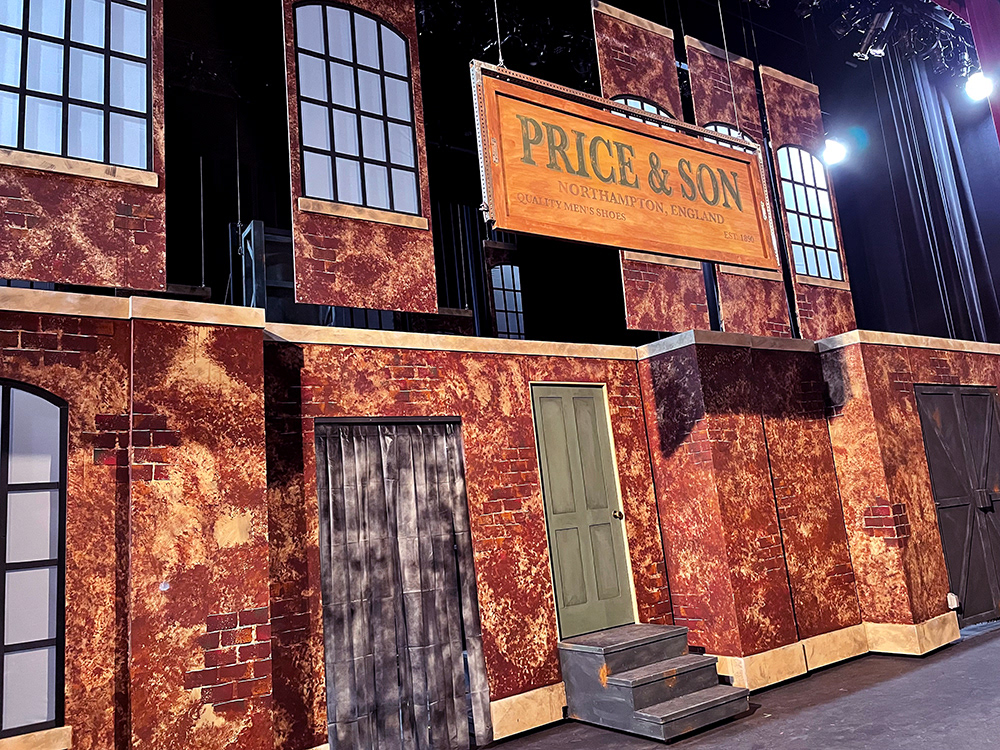 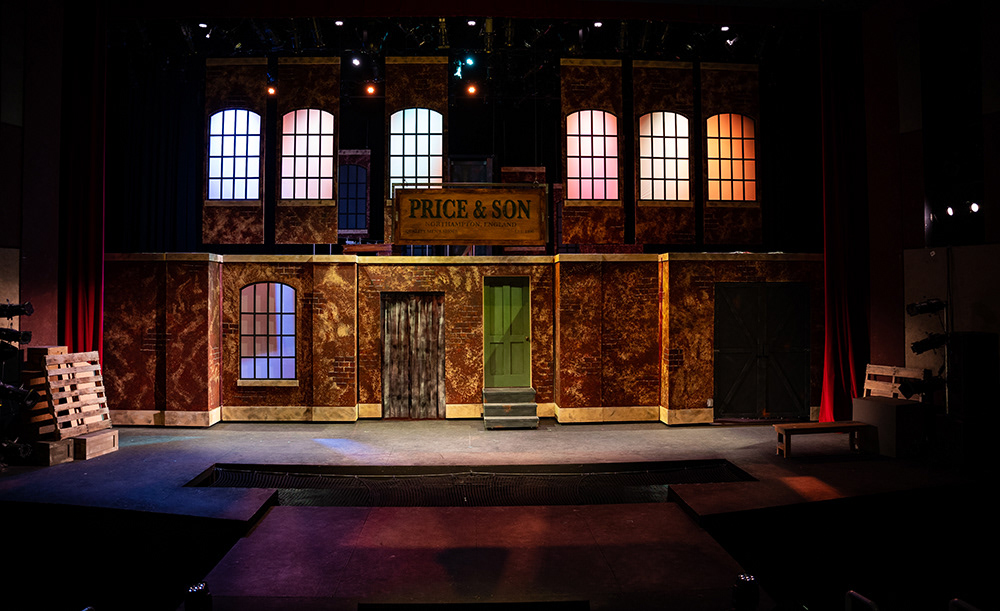 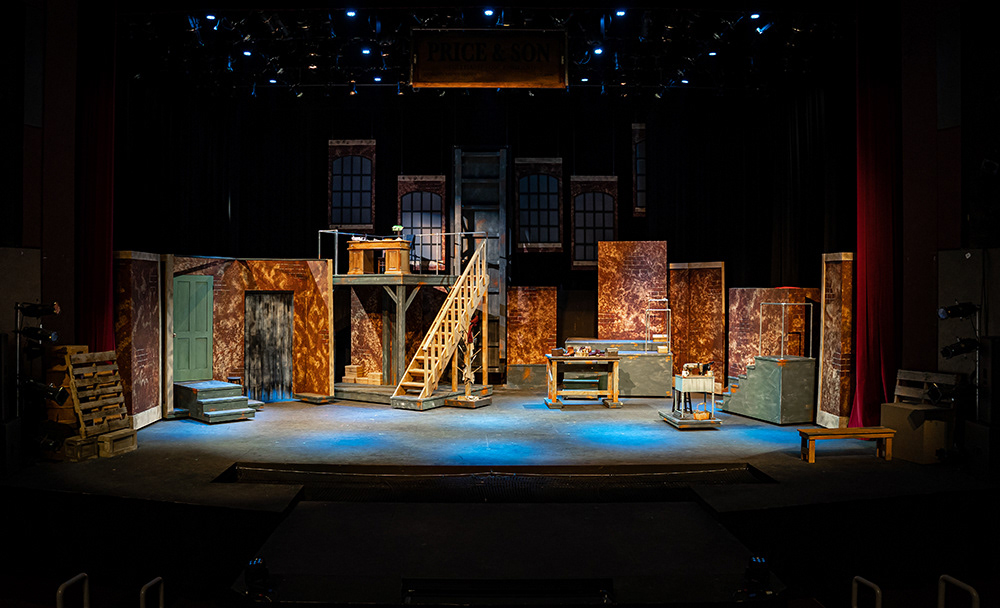 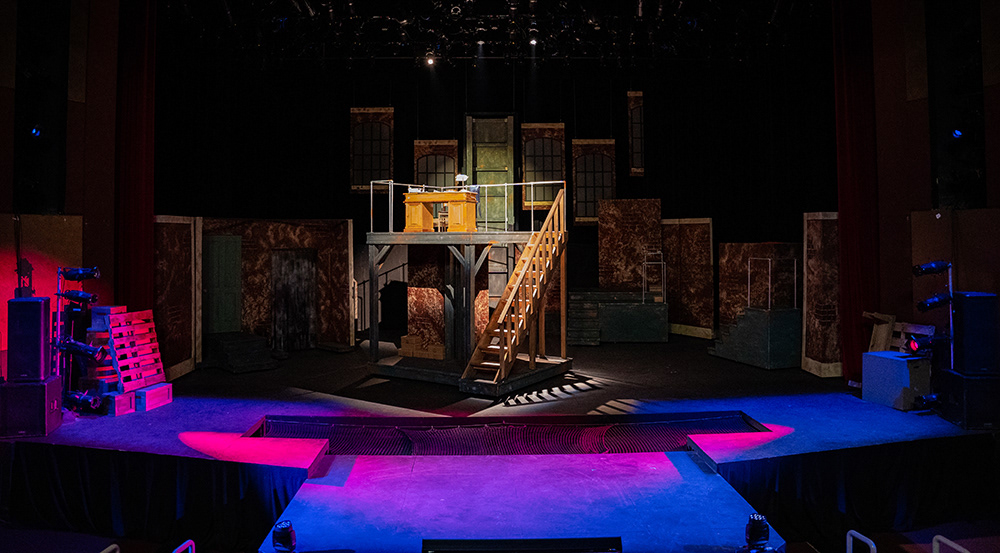 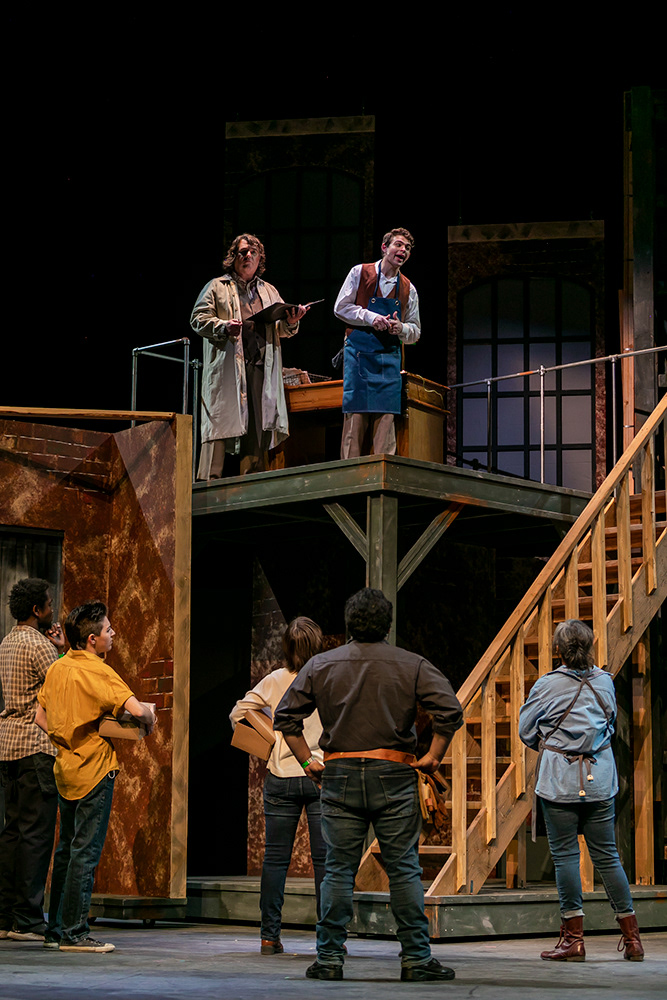 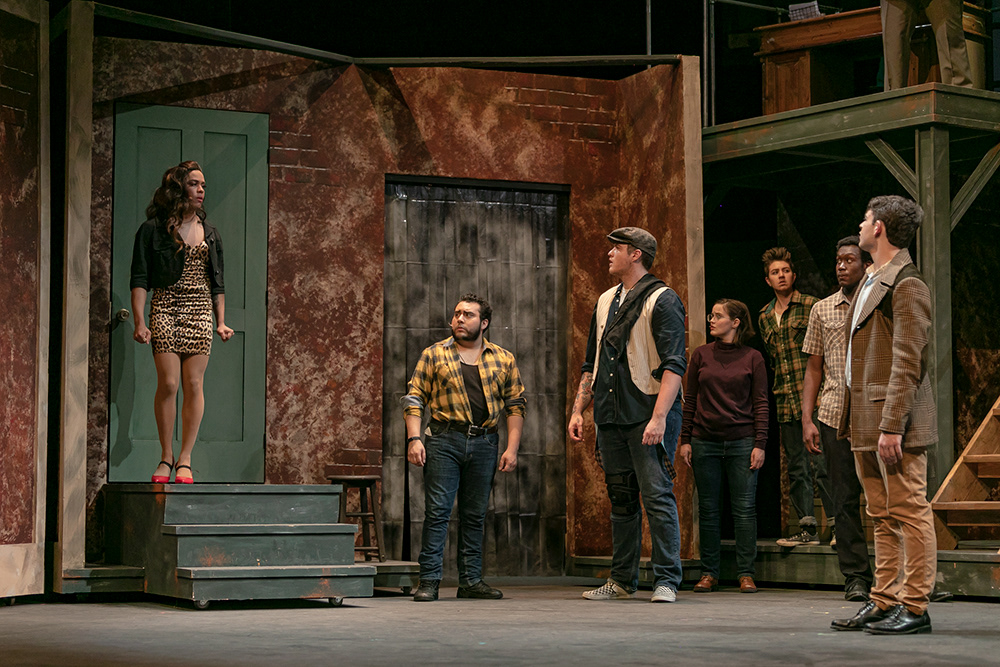 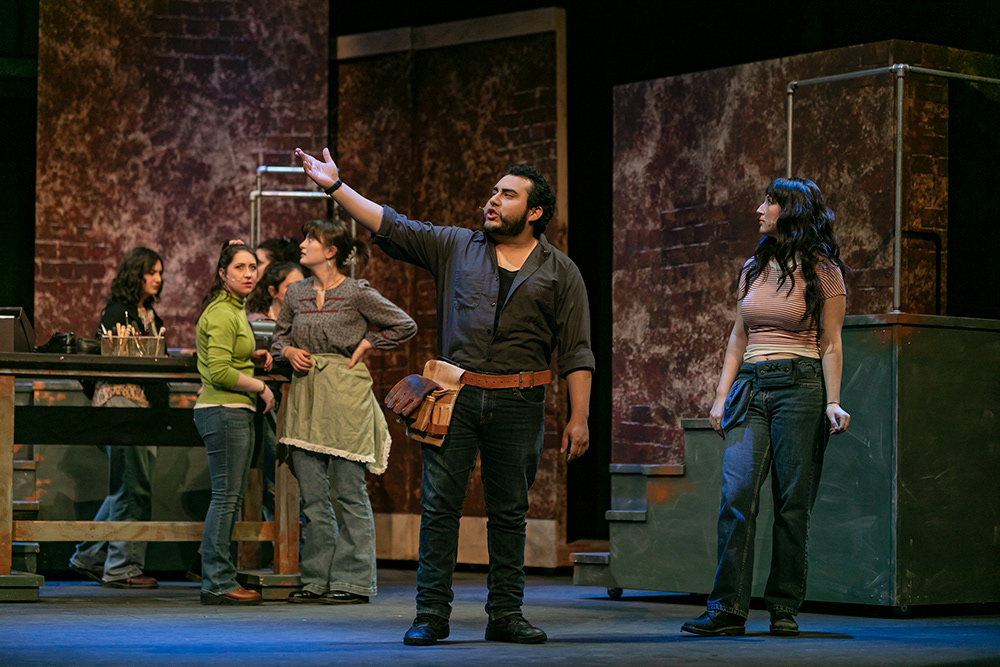 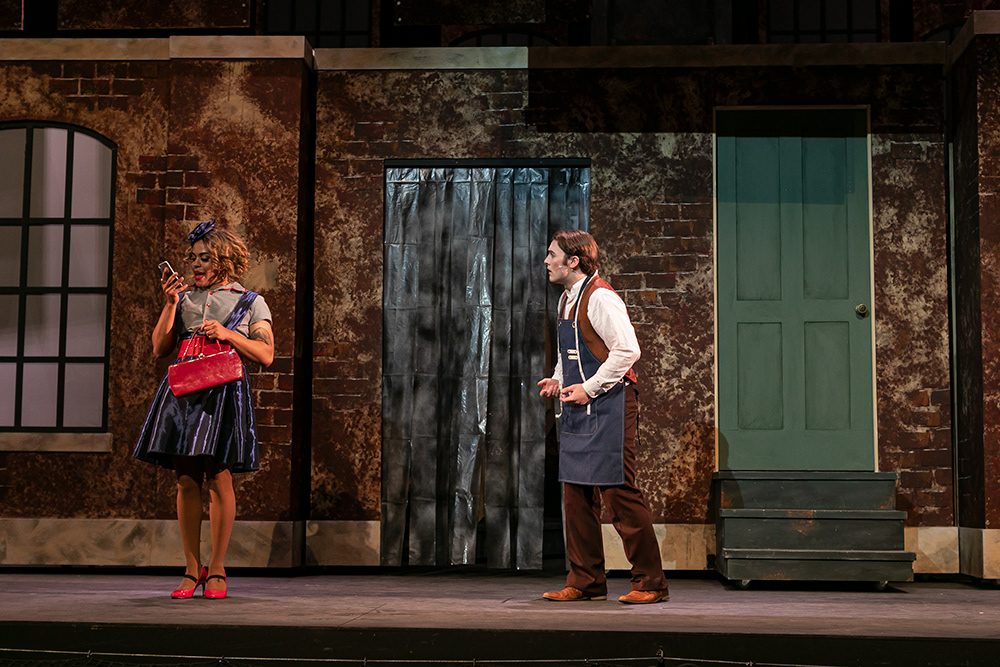 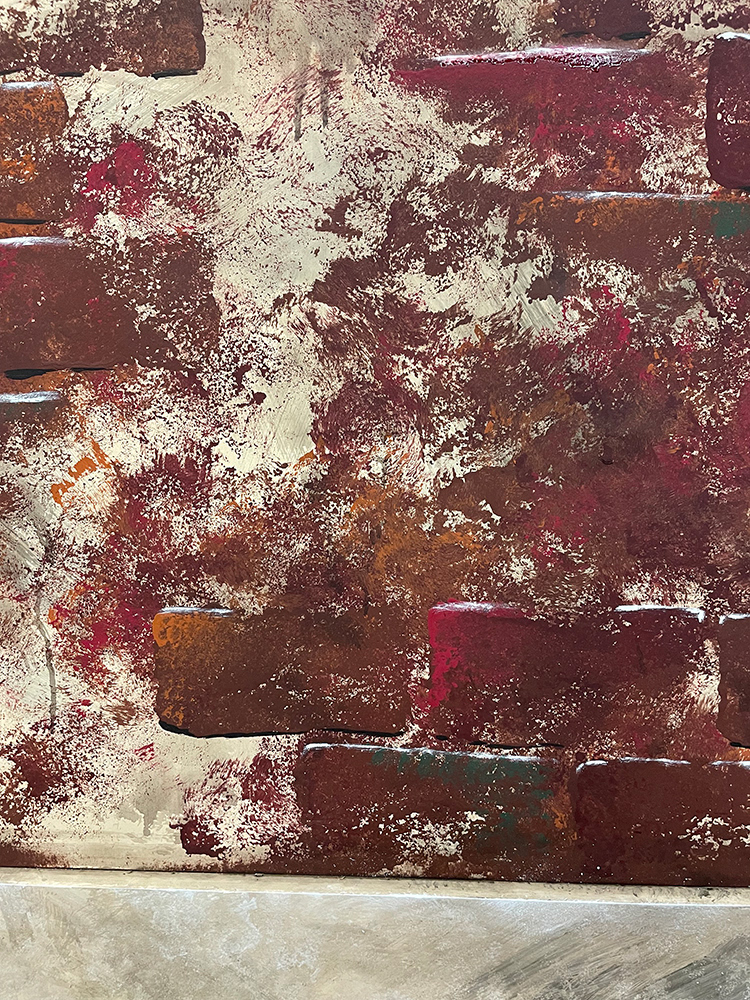 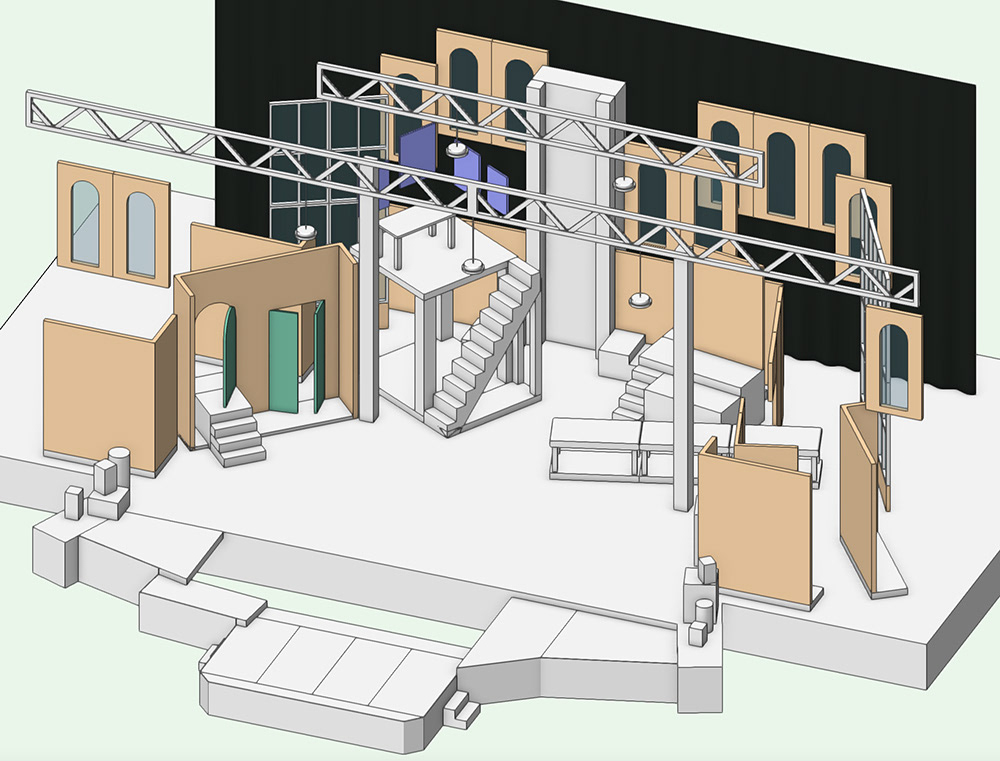